There’s nothing like being able to see the finished project before you begin. We employ a team of architects and designers that create life like 3D renderings so you can visualize the finished product.

We utilize the kitchen triangle design, also known as “the golden triangle.” This is a theory that states a kitchen’s three main work areas should form a triangle shape. Specifically, the sink, the refrigerator, and the stove. By the mid-twentieth century this theory was widely disseminated and still, miraculously, applies today. According to this concept, each leg of the triangle formed should be between four and nine feet each, and the sum distance of the triangle should not be less than 13 or more than 26 feet.

Another key component to kitchen design is called “landing space.” This means it is vital to have at least 18 inches of countertop space on either side of the sink and cooktop so that you can easily work the area. 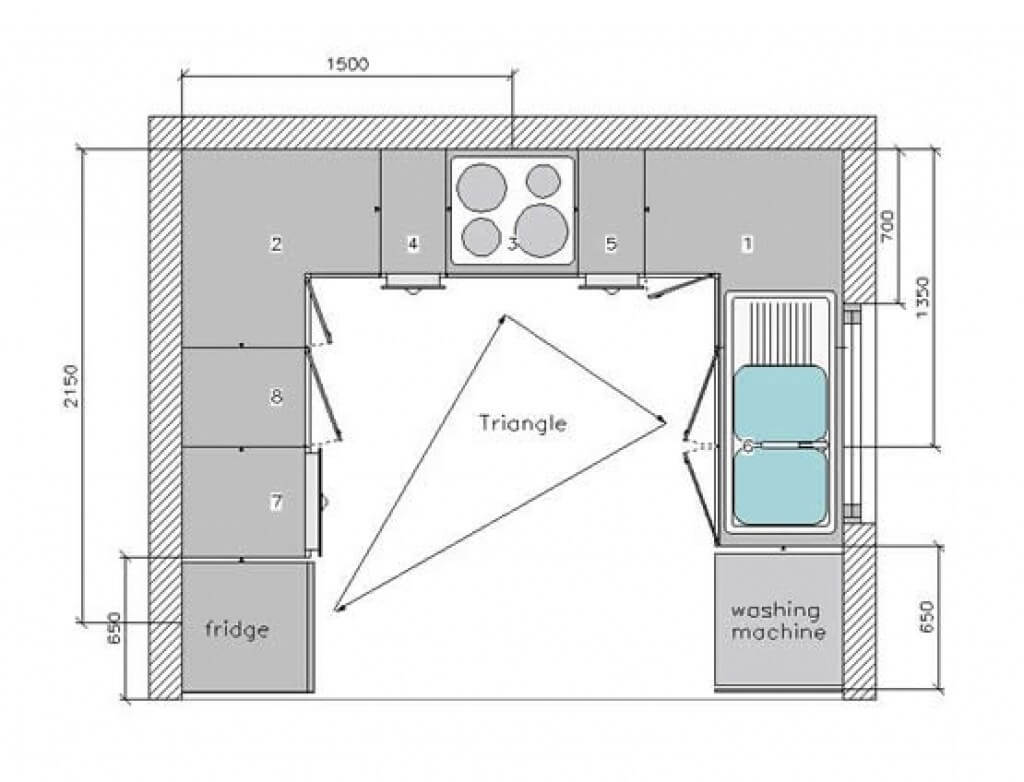 Great design turns your house into a home.